The History of the Fanshawe Yacht Club

FYC / About Us / Our History
UTRCA
In December 1952, the Fanshawe Dam was completed to control the flooding of the Thames River, thus creating Fanshawe Lake - the home of our club.

By the end of April 1953, following the completion of the Fanshawe Dam in December 1952, Fanshawe Lake was a reality, and ready to use. On part of the west shore, there was a strip of sandy beach with a dock and a picnic park. This is where it all began.

The first boat to sail on the new lake was an 18' sailing canoe, sailed right off the beach in April 1953 by Jack McClatchie. A few days later, Eric Skelton, a city engineer, put down the first permanent mooring for his dinghy "Polly Wog". By the end of June, many more boats had joined the fleet on moorings.

During the summer, rather informal races were held on most weekends. By August, the fleet had grown to 18 boats with a friendly gang of skippers wondering how they could keep in touch through winter and make plans for the next summer's sailing. At this point, Jack invited the group to meet at his home, and talk about forming a club to represent them before the Conservation Authority.

A committee was appointed to explore all the shores of the lake. With the approval of the Upper Thames Conservation Authority, the committee chose the location which the Club now occupies.

Everyone enjoyed a summer of good sailing in 1953, but the club was so loosely organized that it existed in a hand-to-mouth fashion. No firm plan was in place to ensure the succession, or the relief, of the elected members burdened with the management of the club. The club was growing, but so was the reluctance of many members to accept a nomination for office.

On Wednesday August 19, 1953, a well-attended business meeting was held. At this meeting, a more structured organization was formed, with the name of "Fanshawe Yacht Club" (FYC), and a formal staff of Flag Officers to be elected each year for a one-year term of office. A secretary, treasurer and a social convener were also elected that year and each year that followed.

And the rest, as they say, is history... 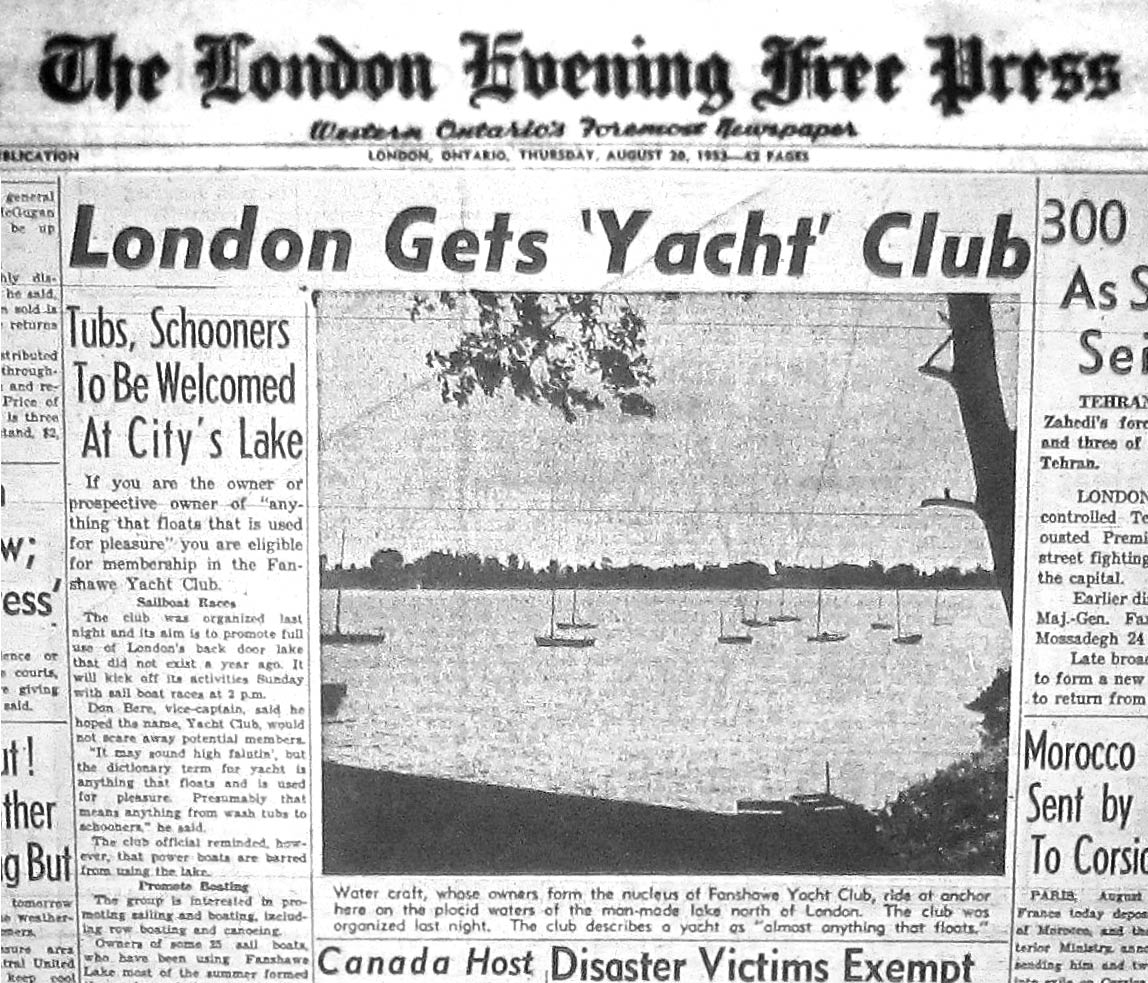